The Cure4Hunger team is dedicated to eliminating hunger by 2025 by inventing the world’s first legitimate cure for global hunger. Cure4Hunger is chartered to build 15,000 Food and Water Domes by 2025.

Cure4Hunger cannot be sold or acquired under any circumstances. The founders created Cure4Hunger to cure hunger worldwide by being good stewards building these facilities. Cure4Hunger provides individual partnerships with farmers and other business groups via a 50/50 relationship (see Cure4Hunger Financial Report in Transparency webpage). Cure4Hunger is only meant to be disruptive by eradicating hunger. Farmers are welcome to have Cure4Hunger Food and Water Domes on their land in a 50/50 lifetime partnership in exchange for funding the project. Cure4Hunger gives 90% of their 50% ownership profits to building more domes in famine regions giving 100% of food and water to those locally in need.

All companies contracted with Cure4Hunger to build domes on or near the distribution centers will receive up to 20% off the three year average price for individual crops in exchange for a ten year agreement that protects the price justifying Cure4Hunger to build domes. Ninety percent of all profits from contracts will go to building new domes in third world famine regions giving 100% of all food and water to those in need at no cost.

Once the 501(c)3 is approved any and all bonuses to Cure4Hunger Founders are not to exceed 1% of profits combined.
Filing 501(c)3 charity status takes an average of 4-6 months for approval in the USA. Cure4Hunger was unwilling to wait so the first ten domes will be funded as an LLC. This allows the Inaugural Domes in 10 cities to be built sooner using funds from sponsors and crowd funding. Once Cure4Hunger is approved with 501(c)3 status all future Food and Water Domes funded will be tax deductible donations.

Cure4Hunger is mandated never to use more than 10% of contributions or donations for Cure4Hunger overhead and operational costs. In addition 90% of all profits from long term business contracts will go directly into building the 15,000 Food and Water Domes where 100% of all food and water will be given to those in need at no charge.

The first of 10 Inaugural City Domes built will be the Global Headquarters in Thousand Oaks, CA near Los Angeles. Twenty five percent of all contributions from the inaugural cities will go toward building the Global Headquarters Dome. This is crucial because hundreds of companies like McDonald’s, Applebee’s, and Wal-Mart are invited to visit the Global Dome, which is designed to result in contracts to build up to 600 lettuce domes next to a company’s distribution center. This single contract will fund an additional 600 twin domes to be built in famine regions of the world where 100% of the twin domes give all food and water to people in need. Six hundred domes on contract from a single company fund 600 more domes immediately versus taking 1-2 years to fund the domes from donations.

Education is an important part of Cure4Hunger Charter. Once famine regions are transformed in to stabilized regions, hours of time finding food and water is now saved. This time can now be used for education and internship programs provided at Cure4Hunger. Once people have basic needs met they are able to learn new trades.Cure4Hunger is developing world class curriculums in the region’s native languages allowing the region to transform overtime into an emerging region or nation(s).

Once 15,000 Food and Water Domes are built many of the facilities can expand to Phase 2 by building modest 318 disaster proof houses called Refugio courtesy of technology partner SafestHouse.com. The homes cost less than $1,750 USD to build. Hundreds or even thousands of Refugio homes can be close to or even surround the Food and Water Domes. Over 3.5 billion people worldwide make less than $2.50 a day and The Refugio House will allow them the ability to finance a home.

Phase 3 adds three additional domes for a local school, medical center and community center creating a Sanctuary City where hundreds or thousands can live in a rural community thriving with educated people within 5-15 years.

15,000 Food and Water Domes will feed 870 million starving people. This is our focus, mission and Charter.

Thank you in advance for learning more about Cure4Hunger. 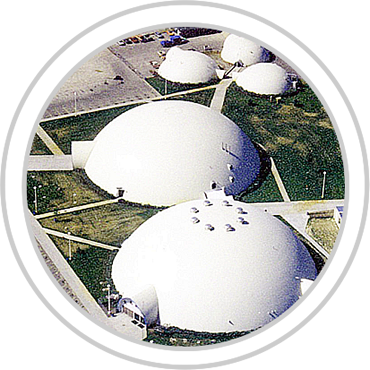